There were a couple of SHORT-EARED OWLS just south of Elk Grove, Sacramento County.  These were spotted at dusk hunting over a portion of Stone Lakes NWR.  Here are a couple of pictures of a distant SEOW hunting: 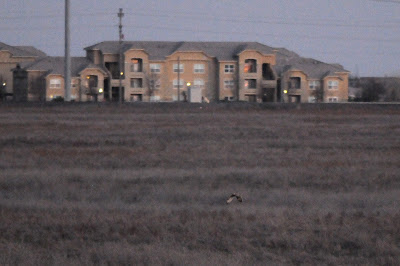 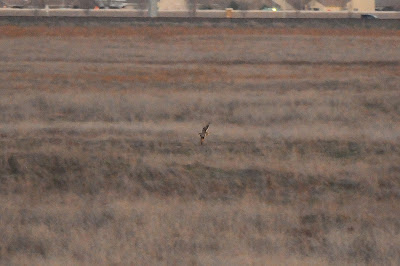 To bird this area, we parked at the dead-end of Nestling Circle and walked along the walking path alongside the grasslands.  Here is a map of where the owls were flying around (feel free to use the "+" icon to zoom in and see where Nestling Circle is located):
View SEOW @ Elk Grove in a larger map
Other than that, it was nice week in the Central Valley after a weekend of solid rain.  Doing some survey work at Staten Island is quite enjoyable when you can see snow-capped mountains in the distance! 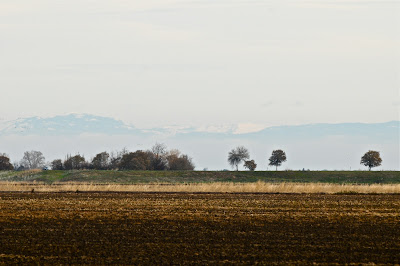 But of course bird surveys are ALWAYS enjoyable when you can look at a field with thousands of GREATER WHITE-FRONTED and SNOW GEESE.  Such was the case on Staten Island: 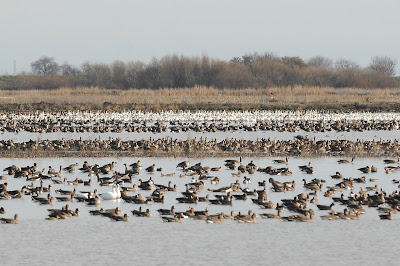 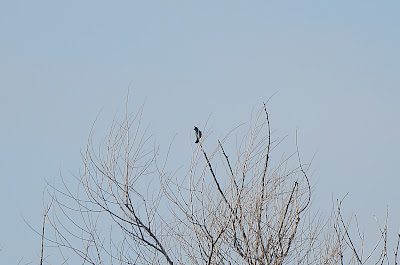 The last picture is not of a bird, but a COYOTE instead.  This particular one near Modesto wasn't afraid of me (which is rather disconcerting): 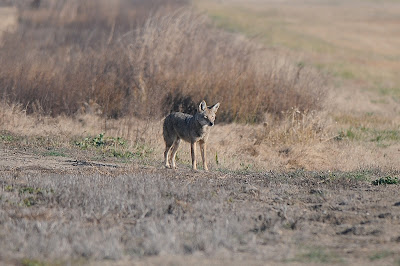