The HARRIS'S SPARROW was still present first thing this morning at the Cosumnes River Preserve in Sacramento County: 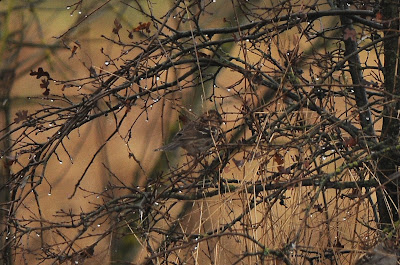 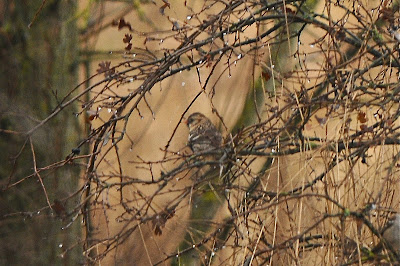 The sparrow, as described yesterday in the listserv posts, was with a large flock of White-crowned and Golden-crowned sparrows along the south side Desmond Road just west of Bruceville Road.  The flock moved around a bit but the HASP remained on the south side of the road when I was there.  Here is a map of where I had it: