We participated in the 44th annual Stockton Christmas Bird Count this past weekend.

The tule fog made it difficult to see much until about noon but it eventually cleared.  We tallied 88 species in our area in about 8 hours:

Here are a few pictures from the CBC starting with a BEWICK'S WREN: 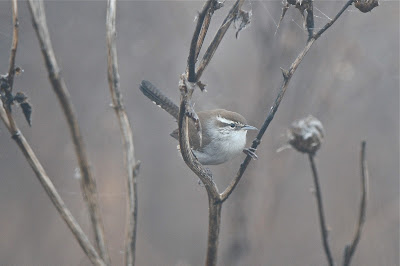 We had several COMMON YELLOWTHROATS as well including this male: 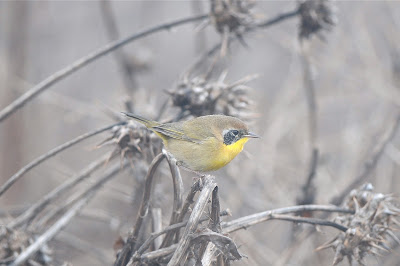 The WHITE-TAILED KITES were present in strong numbers as would be expected: 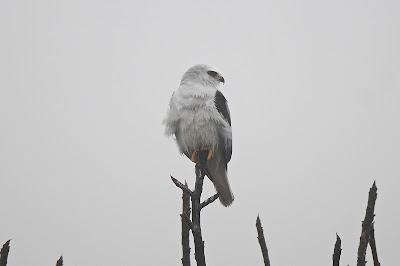 One of the better birds we stumbled on in our area was this WHITE-THROATED SPARROW: 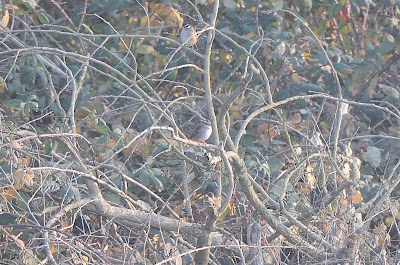 We ended the day by watching up to 8 BARN OWLS hunting at a duck club.  On our way out, we spotted this guy perched on a power line right next to the car: 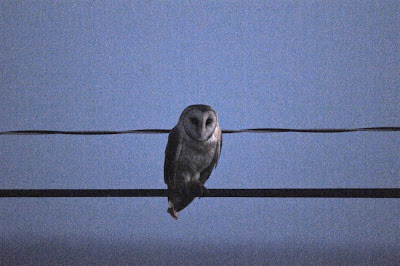 Other than the CBC, we went out to the coast the previous weekend.  Here is a WESTERN SCRUB-JAY near Bodega Bay: 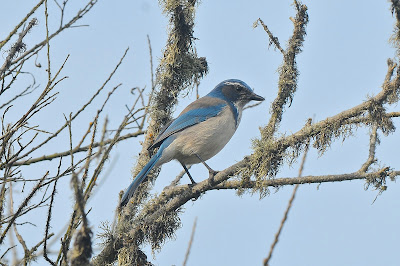 I've enjoyed seeing MEW GULLS on a more regular basis.  This adult was in Bodega Bay: 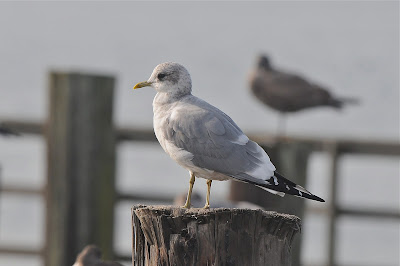 Ash spotted this flock of BLACK TURNSTONES and SURFBIRDS on Bodega head: 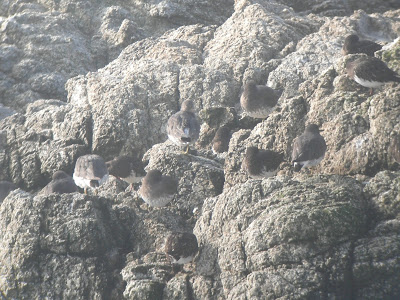 We swung by a Hudeman Slough in Solano County which has been hosting a RUFF.  As usual, my distant digiscoped pics are pretty terrible: 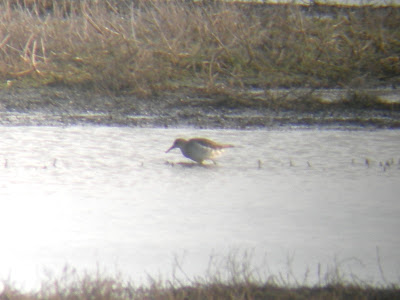 While at the Ruff spot, this WHITE-TAILED KITE gave me a look I couldn't pass up on: 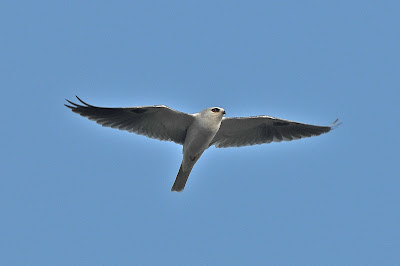 While working on Staten Island the other day, this AMERICAN MINK came out of the cattails while I was pishing for sparrows: 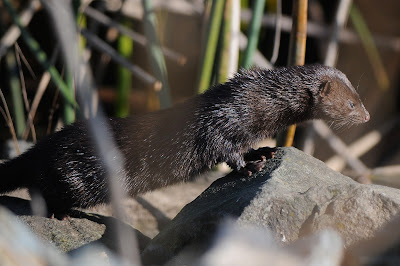 This FORSTER'S TERN also flew by at the mink spot: 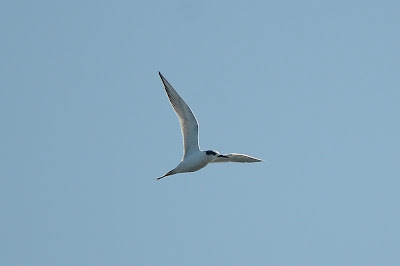 A little later that morning this ROUGH-LEGGED HAWK put on a good show overhead: 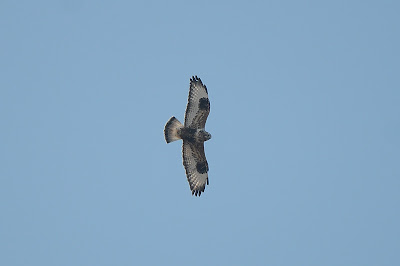 I'm sure this isn't the first time I've posted a picture of an AMERICAN PIPIT, it probably won't be the last either: 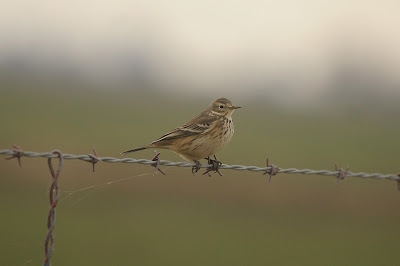 A little closer to home, this NORTHERN HARRIER apparently had an itch to scratch right as it passed over my home patio: 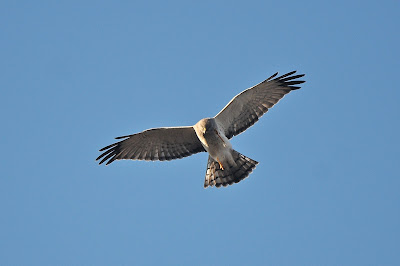 Last but not least, I swung up to the Yolo County Landfill.  My target was to relocate a LESSER BLACK-BACKED GULL and GLAUCOUS GULL that had been reported by SH.  I worked through the flock for maybe an hour and came away with the LBBG but not the GLGU.  Here is a very distant digiscoped picture of the LBBG: 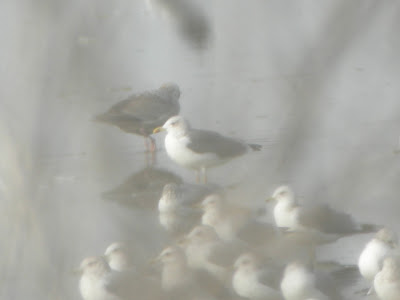