At home in California

We have lived in the Sacramento area now for a couple of weeks.  My updates on this blog haven't come as regularly as I would have liked but here is a summary of some of the birds we've seen lately.
Where to start?  We can start with my new yard (and new "yard list", of course).  Although I was lucky to have a stream and some trees by my old yard in Iowa, my current and rather urban yard has given me a change of scenery and the chance to learn birds all over again!
For example, it didn't take more than 120 seconds of hanging up my hummingbird feeders that we were visited by an ANNA'S HUMMINGBIRD.  This species is by far the most common hummingbird in the Central Valley as far as I can tell.  We were visited by at least 6 different Anna's within a day or two which was really neat to be around.  Here is a variety of pictures of ANHUs from my yard: 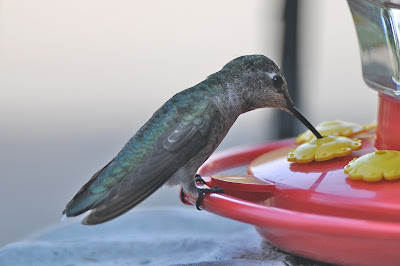 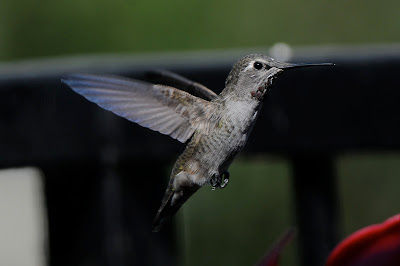 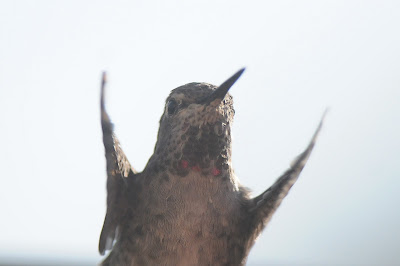 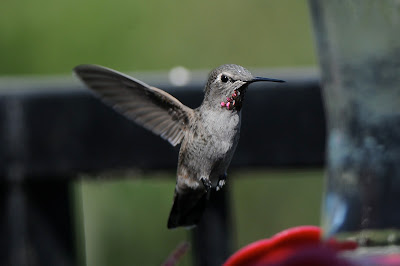 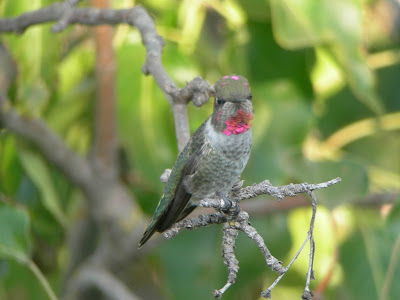 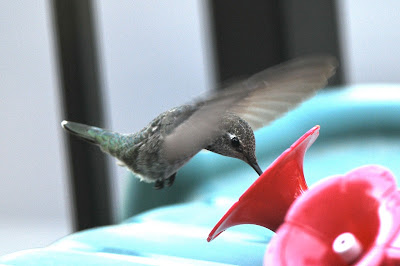 Some other species on my new (and short) yard list include:
Bushtit
Double-crested Cormorant
Yellow-headed Blackbird
Brewer's Blackbird
Swainson's Hawk
Red-shouldered Hawk
California Gull
Belted Kingfisher
Western Scrub-Jay
In total, I think I'm at the 30 mark for the yard list.  I WAS happy to spot this extremely distant PEREGRINE FALCON from my porch though: 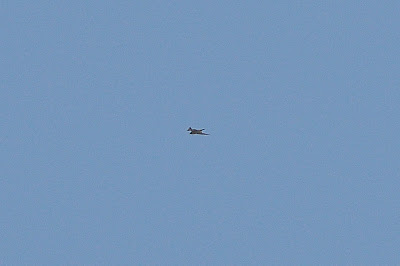 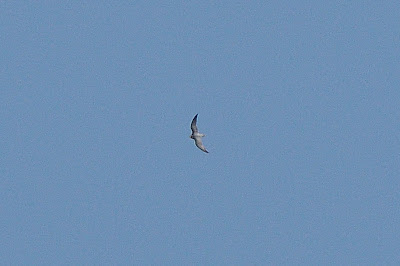 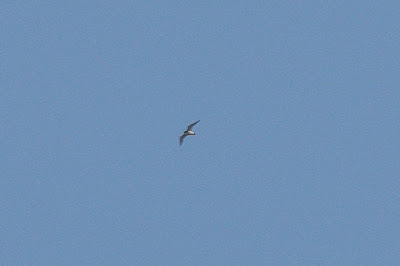 My work puts me around a lot of raptors and I'm not complaining!  For example, WHITE-TAILED KITES are one of the most common raptors I see on a daily basis: 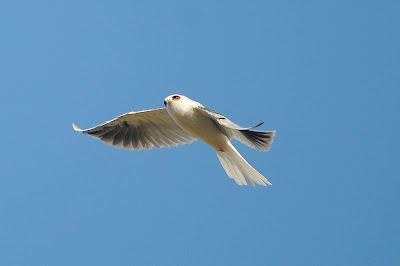 Another common raptor around here is the RED-SHOULDERED HAWK: 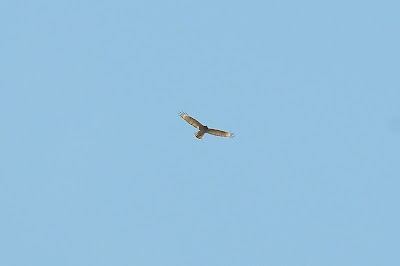 As usual with being in open spaces in this part of the world, RED-TAILED HAWKS are common and seen on a daily basis.  Here is a youngster: 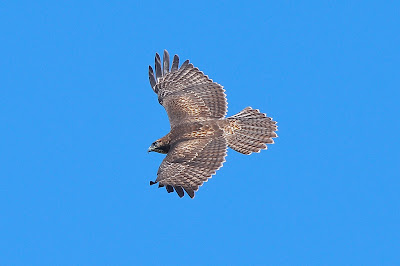 I have been seeing many SWAINSON'S HAWKS on the job as well.  Here are a couple different SWHAs: 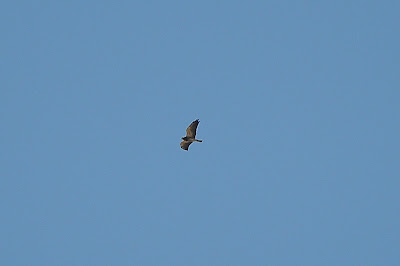 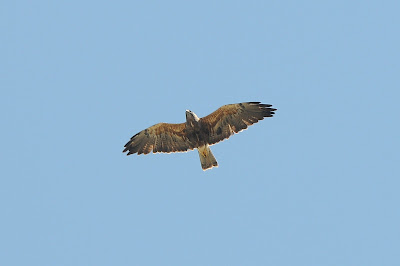 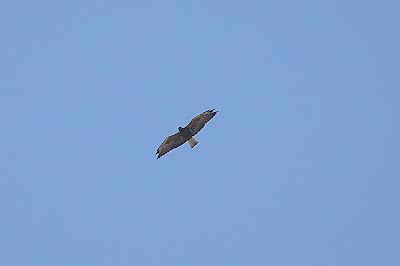 A lot of what I do in the Central Valley revolves around shorebirds.  Speaking of shorebirds, how can I not mention that a LONG-BILLED CURLEW found me rather quickly: 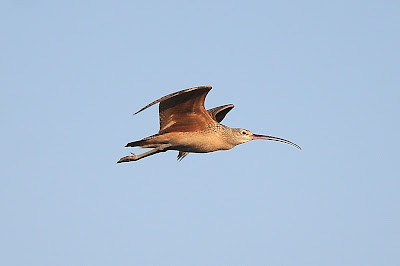 When moving to a such a different place, one isn't sure what is uncommon and what isn't.  I saw these GREAT-TAILED GRACKLES and didn't think much of them.  Turns out, I have yet to see more of these; I think they might be fairly uncommon this far north? 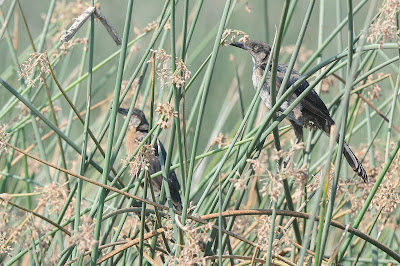 One thing I AM certain of, EUROPEAN STARLINGS are not hard to come by out here: 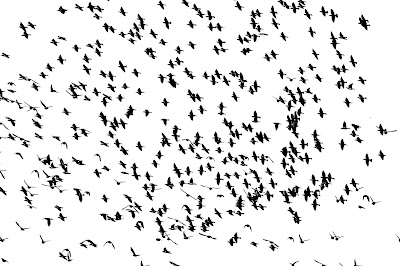 Another species that is just plain abundant is the BREWER'S BLACKBIRD.  I see hundreds of these things each day: 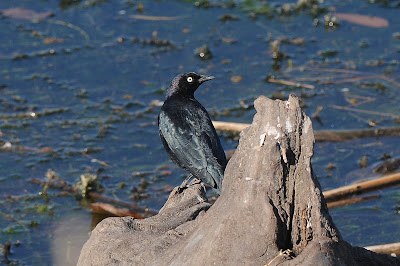 I don't see these every day but they're definitely around my neighborhood in good numbers; the BUSHTIT: 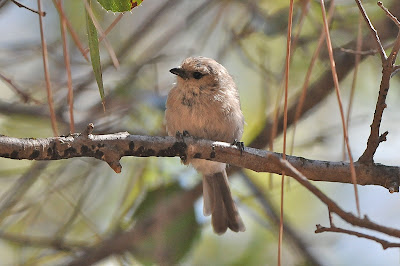 One of the target birds I had in mind when I moved to this part of the country was OAK TITMOUSE.  Sure enough, they aren't too hard to find if you find some warm forests with large oaks.  This was a new ABA photo bird for me and only the second time I've seen this species before: 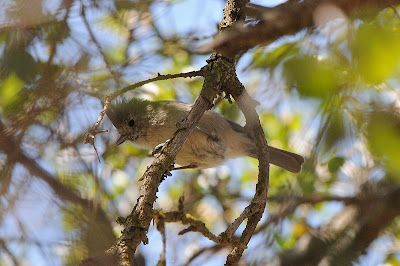 I'll be honest, seeing hoards of SAVANNAH SPARROWS each day doesn't exactly turn me on.  Oh well, what can you do other than take a picture now and then: 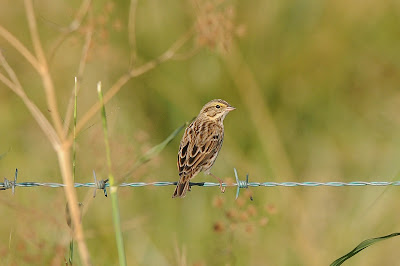 This guy was NOT keen with me peering at it.  It's a VIRGINIA RAIL keeping an eye on me from a few feet in a marsh.  VIRGINIA RAILS are year-round residents in a good chunk of California: 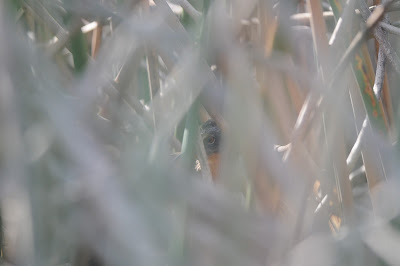 I haven't seen many flycatchers here in the Central Valley as of yet other than BLACK PHOEBES (which are exceedingly abundant here).  Thus, it was a nice change up to find a SAY'S PHOEBE at an open space near our neighborhood.  These guys are winter-only visitors here: 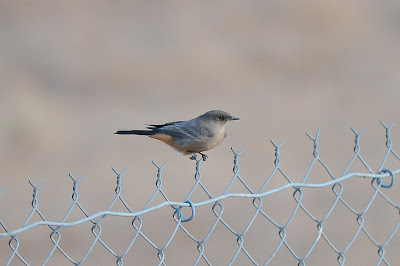 A quick trip up to Yosemite National Park (which is only 2-3 hours from home!) yielded some expected birds like this AMERICAN DIPPER: 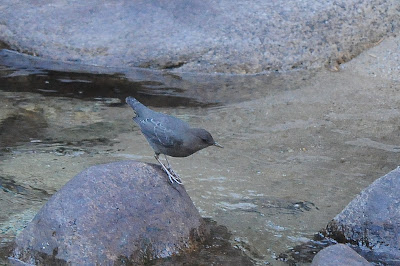 ... as well as this rather unexpected BLACK-BACKED WOODPECKER: 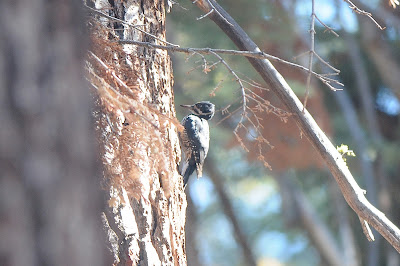 Another change I've had to make in living here is expecting egrets everywhere I turn.  GREAT EGRETS are downright abundant and SNOWY EGRETS aren't uncommon either.  Either way, I'd hate to be a frog in THIS ditch: 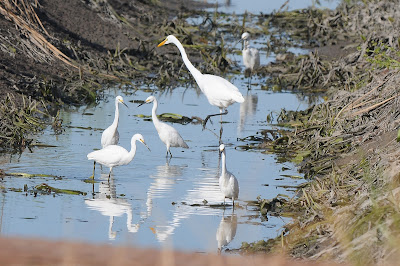 Another heron that I've seen many of already this month is the cryptically-colored AMERICAN BITTERN: 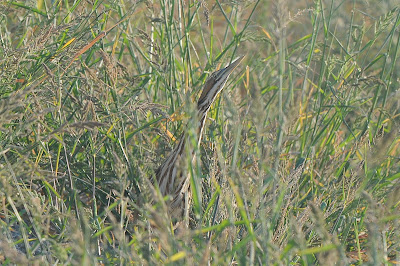 I'll close with a photo of a typical flooded agriculture field here in the Central Valley.  Note the LONG-BILLED DOWITCHERS huddled together in the background: