If it's March or April and you see habitat like this in Iowa, best to check it for SMITH'S LONGSPURS: 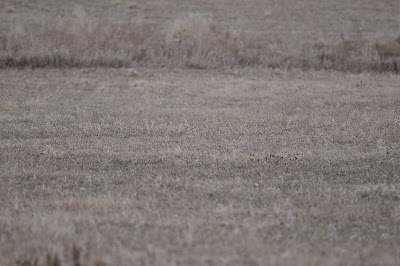 Some competent birders did this weekend and found 19 SMITH'S LONGSPURS.  I had never seen a Smith's in breeding plumage before so I swung down to catch a glimpse.  For cover, the flock actually preferred corn stubble and rarely showed their orange fronts.  Here is a side profile of a male: 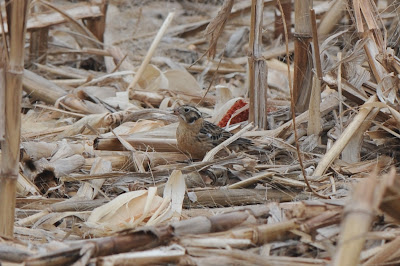 This Smith's was comfortable enough to sneak in a wing stretch: 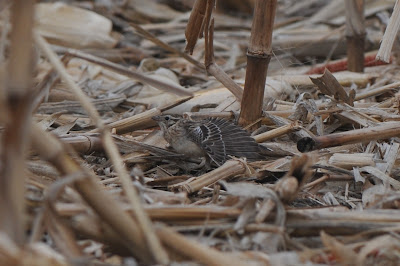 If you have ever wondered why they're called "longspurs", it's because they have an extremely long spur (or hindclaw), as seen here: 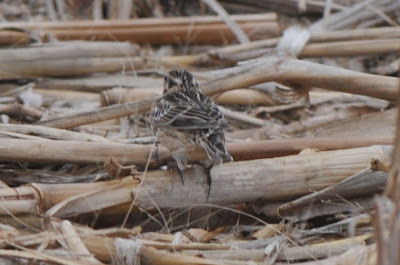 Switching gears, flocks of GREATER WHITE-FRONTED GEESE, like this one, aren't too uncommon in Iowa this time of year: 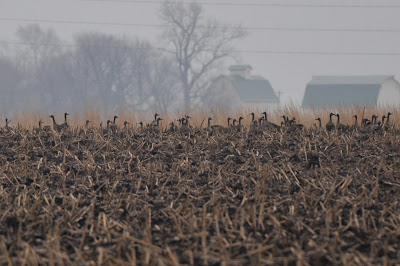 Back here at home, our resident 1st-winter HARRIS'S SPARROW is still a daily visitor to the yard: 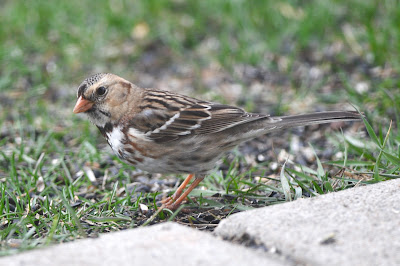 Three PINE SISKINS dropped by my feeders; the first since October, 2010: 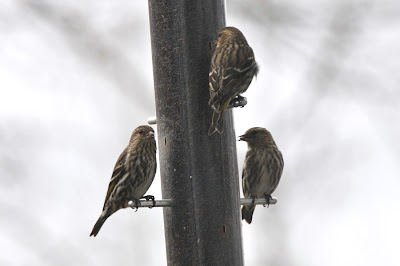 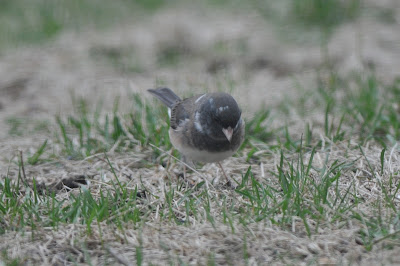