I was recently in Kearney, Nebraska for the AFO/COS/WOS ornithological meeting.  This post is to share some photos from a few times I got out birding while in the area.
One morning I drove north to near Broken Bow.  Standing at one point, I was able to scope SHARP-TAILED GROUSE lekking to the east and GREATER PRAIRIE-CHICKENS to the west.  First, here are the distant SHARP-TAILED GROUSE (there were about 9 in total): 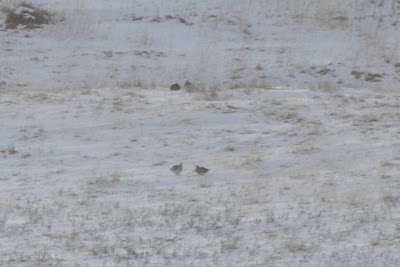 ... and here are two of the distant GREATER PRAIRIE-CHICKENS: 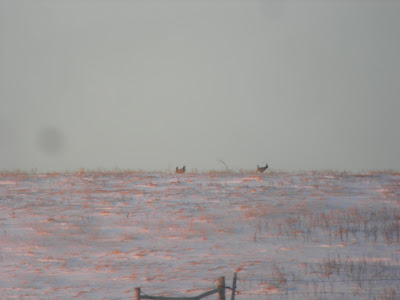 Even if lekking prairie-grouse wasn't your thing, it was a beautiful calm morning with a spectacular sunrise: 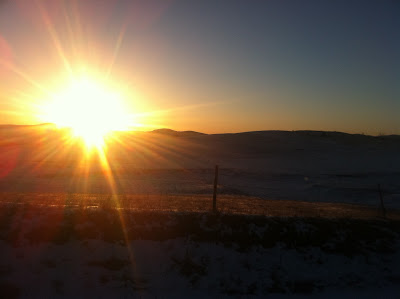 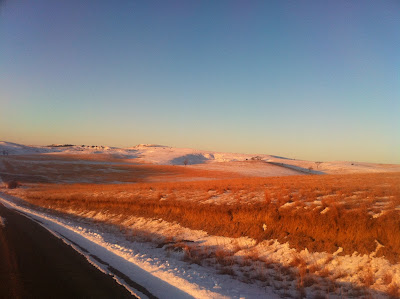 Of course, on my way back to Kearney I found 9 prairie-chickens much closer and pecking alongside a highway.  Here are 4 of them: 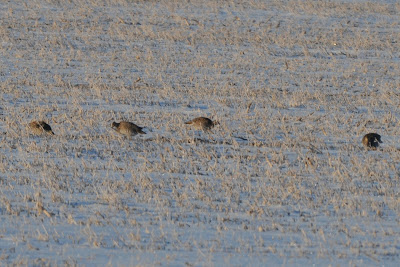 There was a plethora of SANDHILL CRANES in the area during the meeting (which was great for all the visitors!).  Just driving down a side road would yield all sorts of great looks.  This photo amuses me; look at the shadow on the underside of the left wing of the right-most crane: 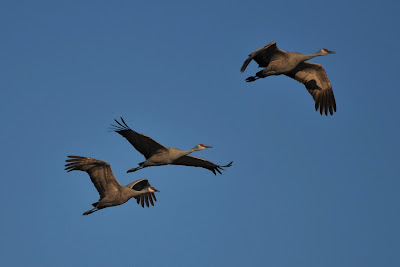 This photo also amuses me; you can see the chunk of corn stubble that the right-most crane previously chucked up into the air: 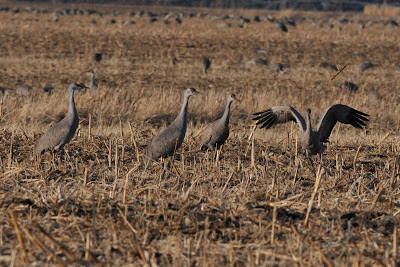 It was about the time this buteo flushed that I realized it was probably a young "Harlan's" Red-tailed Hawk: 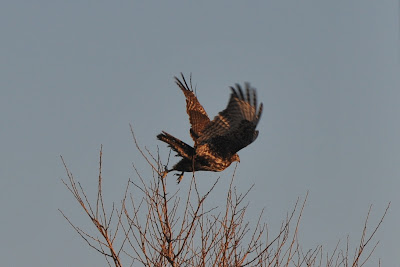 Strings of geese and waterfowl were a constant reminder of us being in the middle of a migration corridor.  Here is a mixed flock of NORTHERN PINTAILS, SNOW GEESE, and ROSS'S GEESE: 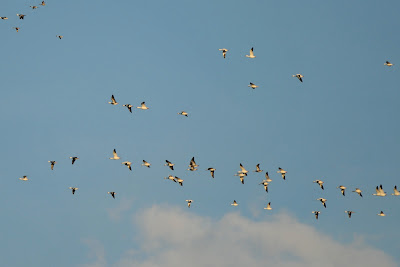 ... and yes, sometimes even a SANDHILL CRANE can wind up in a goose flock: 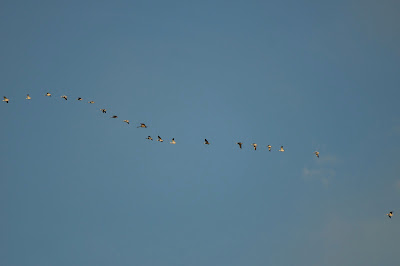 Sunset in a land of grass: 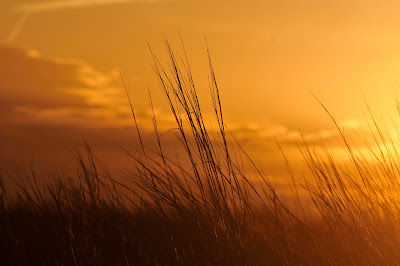 When you pull up and see this distant shape on a telephone pole, would you be able to ID it?  I had a hunch and as I drove closer, you can see the progression of the ID 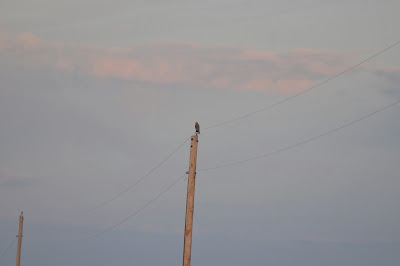 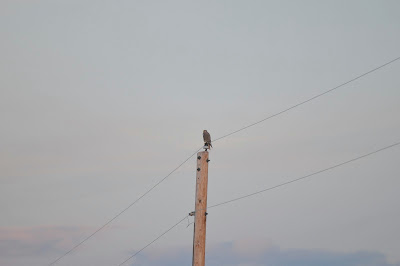 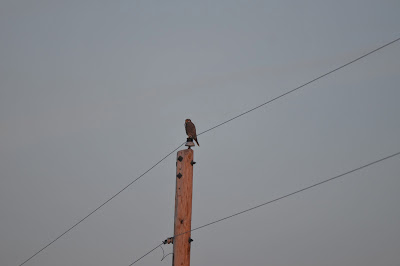 Yep, it's a PRAIRIE FALCON: 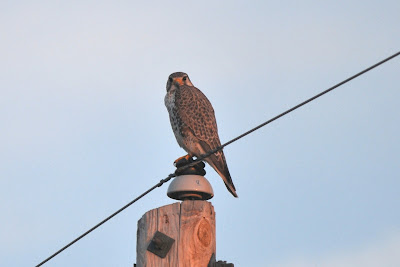 Before I knew it, it was time to leave Nebraska and instead of heading east back to Iowa, I ventured into the opposite direction.  Westward. 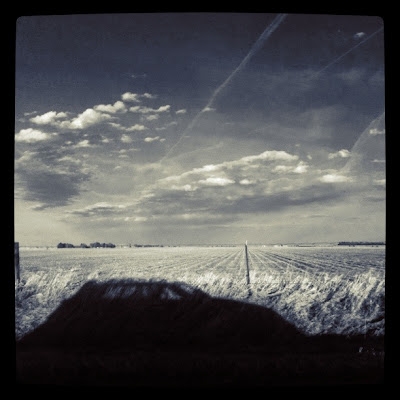