What better way for me to keep busy with my blog but to update it as if it were 2006!  That's right, I'm going to transport myself back 4 years ago this fall and put up photos from my stint working in NW Hawaii!

Since I actually flew to Hawaii in late September 2006, I have some catching up to do...

Let's start with 19 September 2006, the day I actually flew to Tern Island.  Of course, I had arrived in Honolulu the afternoon before.  Going to the airport the next morning before it was light, we made our preparations to make the flight on the Sarah K., our ride to the French Frigate Shoals: 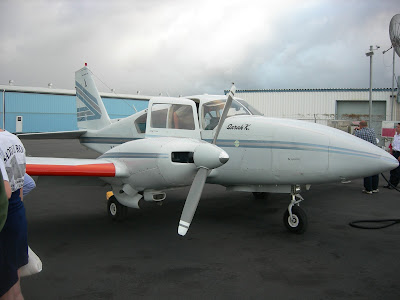 Perhaps the best (but only) view I had of Honolulu was from the air as we departed for the remote NW Hawaiian islands: 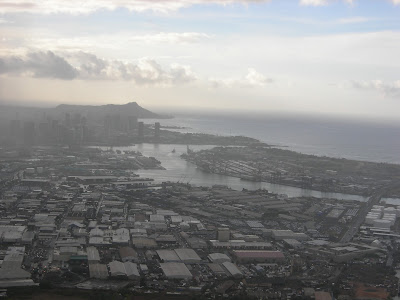 And yes, apparently Hono is big enough to supply a traffic jam here and there? 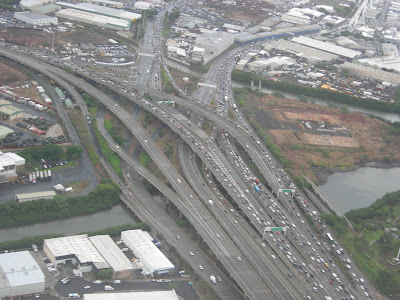 I thought I recognized that white odd-shaped blob... it is of course the USS Arizona Memorial in Pearl Harbor: 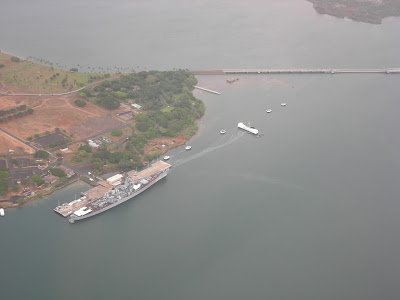 As we continued to skirt some of the shoreline, I snapped some pictures of the beaches I never got to visit: 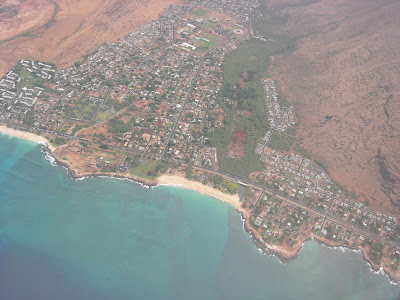 Much further along in our flight to the northwest, we passed this chunk of land.  Embarrassingly, I'm not sure which island it is! 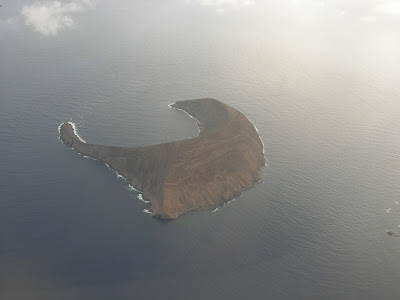 Getting closer to the French Frigate Shoals, we started seeing signs of some shallower seas: 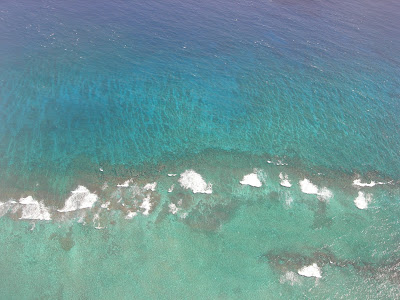 ... and sometimes those shallower seas give way to sand.  Here is Trig Island (nothing but sand above the surface) just to the east of Tern Island: 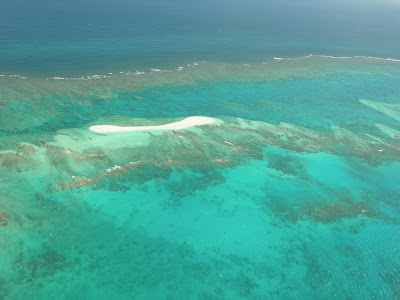 And then we finally came up on Tern Island!  This strip of land was my home for the next 3 months: 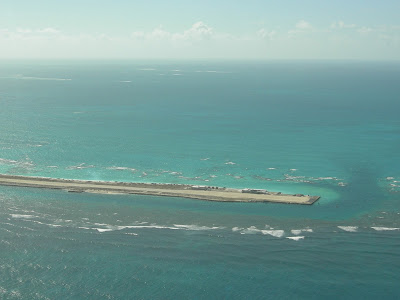 It was such an eye-opening experience getting off the plane on this seabird paradise.  When the plane comes in for landing, all the people on the island (all 5-10 of them) go and ensure the runway is free of roosting seabirds.  You wouldn't want to peg an albatross with such a small plane!
On my first walk around on Tern Island, I snapped a picture of some seabirds.  How many species can you see and ID? 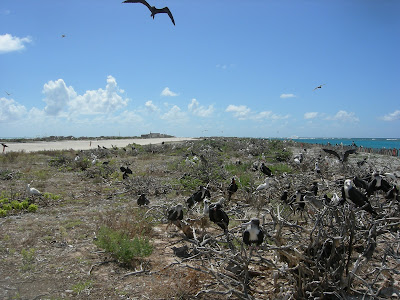 Hint... I'm seeing 4 species.
That first evening, I spent some time up on the roof enjoying the change of scenery!  What a neat place; a beautiful sunset, a warm breeze, and several inquisitive White Terns floating around: 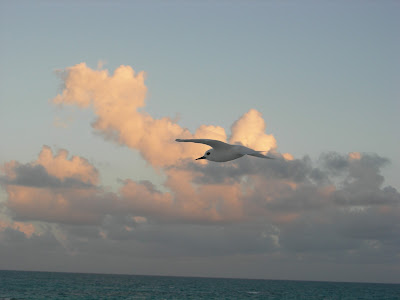 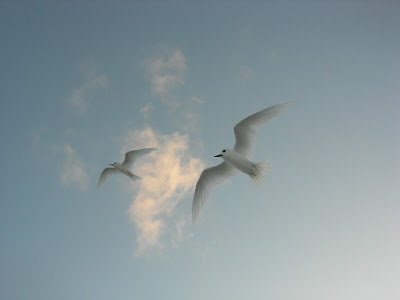