Ashley and I found a juvenile SABINE'S GULL this evening at Jester Park, Polk County.  Here are some distant but identifiable photos: 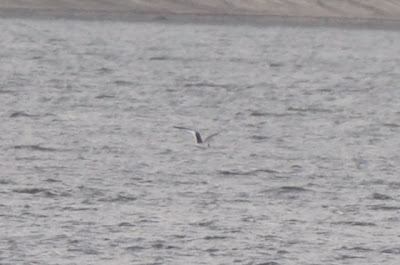 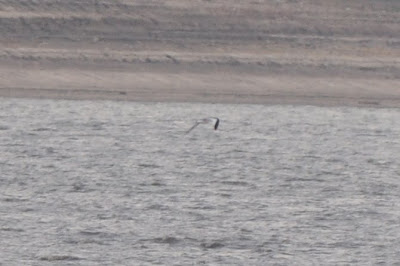 Here is the SAGU sitting with 2 Ring-billed Gulls and a Franklin's Gull: 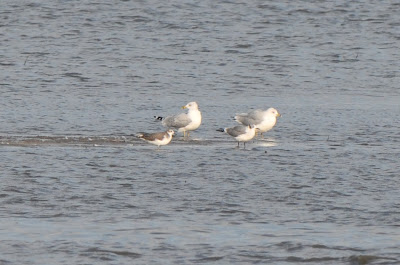 Speaking of Franklin's Gulls, there was a flock of 300+ viewable from Jester.  Also present were 25+ Caspian Terns, 22 Sanderlings, and a Peregrine Falcon.
There were several small flocks of BAIRD'S SANDPIPERS around the lake as well.  Here is one I photographed at Cherry Glen: 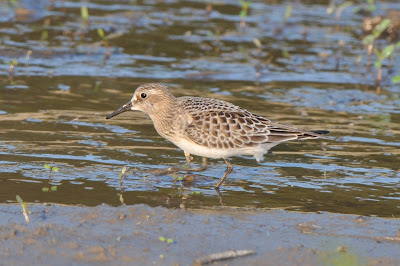