The return of Nelson's...

Ashley and I searched for sparrows today at Harrier Marsh in Boone County... and found some.
First things first, Marsh and Sedge wrens were plentiful as usual.  Today, the curious bird in the morning light was a SEDGE WREN: 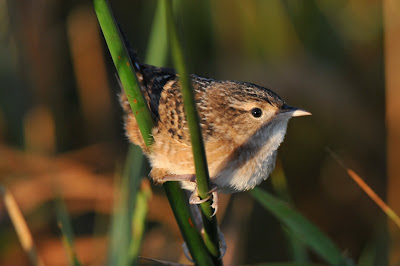 Apparently, it spotted me as well: 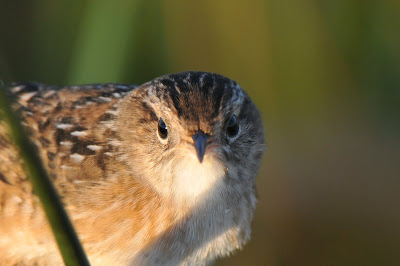 We then stumbled on our first LE CONTE'S SPARROWS of the season.  We ended the morning with at least 2 LCSP's... here are some shots of the confusing juveniles: 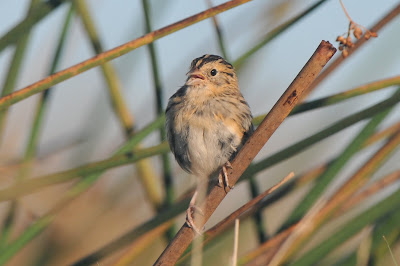 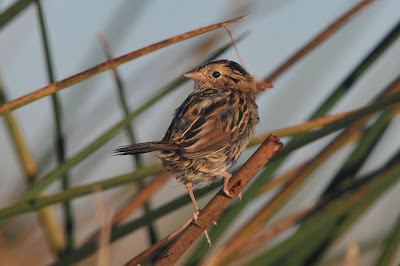 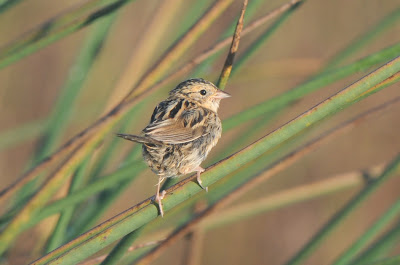 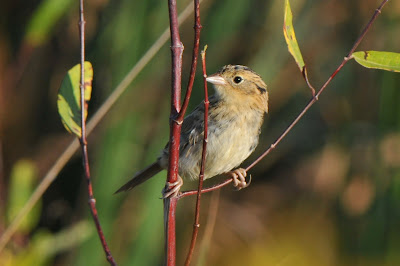 The highlight was finding our target species, NELSON'S SPARROWS.  The aspect that caught me off-guard was finding multiple NESP's together at the same spot (a first for me).  For a bit, there were at least 2 NESP's in the same field of view even!  We ended the morning with a surprising 4-5 different NESP's: 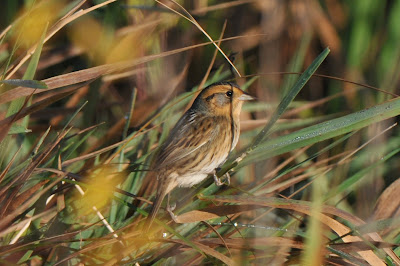 Something that almost always jumps out on NESP's are the bold, white stripes down the back (as you can see on this photo): 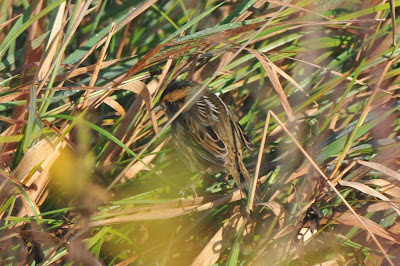 At one point, both a juvenile LE CONTE'S SPARROW and a NELSON'S SPARROW were in the same bush: 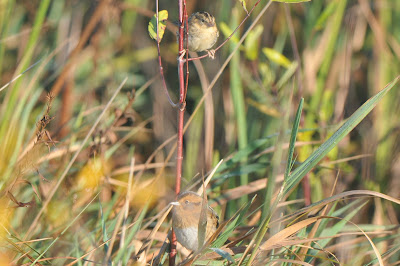 According to the early-late dates summary from the IOU, today is the 3rd earliest fall arrival for both species (excluding a couple summer records of LCSP).
It was a windy and dewy morning out there but it goes to show that getting out of your car and actually bush-whacking can pay off!!
Posted by Cory J. Gregory at 9/11/2010 03:31:00 PM