I started making my way back down to Florida, this time at a much more leisurely pace.  I had a week to spend down south before my job in Georgia began.  It had been a while since I had seen some of the spring migrants that the east has to offer so I kept myself busy enjoying those.

For example, I was birding at a local park in South Carolina when I found myself actually enjoying the company of things like BROWN THRASHERS.  Remember, having spent the last two years in California, these rich-brown guys were a welcome sight: 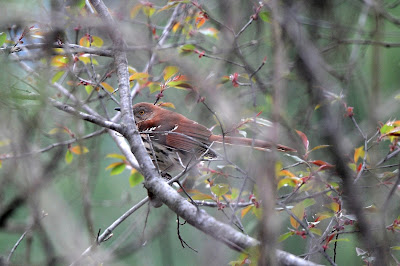 It didn't take long to make it back down to Florida though.  I have some family that lives in Lake County so I visited with them for several days.  Evening walks around the neighborhood put me in a very different world from one out west. 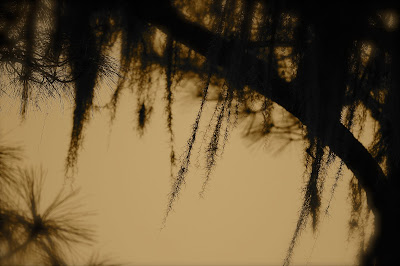 The nearby wildlife kept my camera busy too.  Here's a LITTLE BLUE HERON: 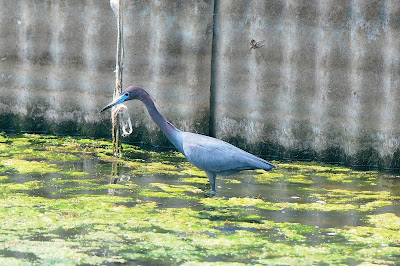 .... with a small AMERICAN ALLIGATOR nearby: 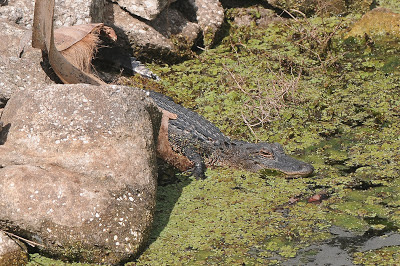 This CATTLE EGRET was surprisingly wary but they're still fairly attractive little herons if you just take a moment to appreciate them: 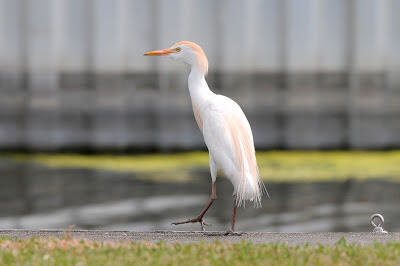 I ventured to some nearby scrubby areas on a couple of days too.  I was actually targeting SHORT-TAILED HAWKS but where ever I went, I failed to find any.  As a consolation prize, I stumbled onto a bunch of FLORIDA SCRUB-JAYS one day, upwards of 15-20 of them.  Here's an unbanded bird on a power line: 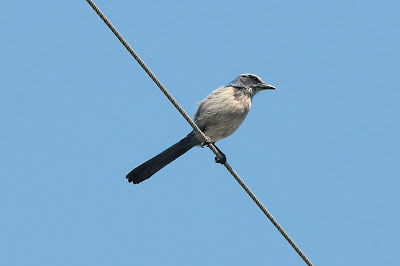 The abundant BLUE-GRAY GNATCATCHERS were in high gear with the upcoming breeding season ahead of them.  This one was gathering nesting material: 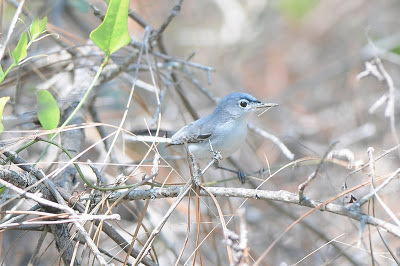 A species I had seen probably fewer than ten times was another side-target of mine.  The BACHMAN'S SPARROW favors the open undergrowth underneath pines here in the southeast.  They are endemic to the USA and, as luck would have it, fairly common where I was birding that day: 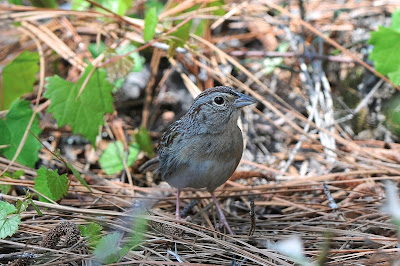 I started paying more attention to butterflies while I was in Florida as well.  Here is a Zarucco Duskywing, an abundant species in the areas I was frequenting: 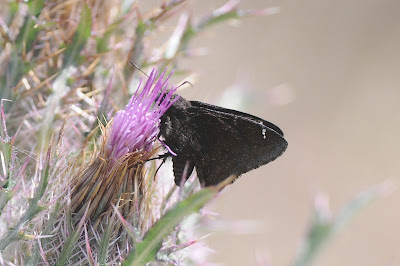 My grandfather and I set out one day to capture something that we both thought would make for an interesting picture.  Luckily, it couldn't have gone better.  The invasive BROWN ANOLES were abundant around the neighborhood and this one did exactly what we wanted; he extended his dewflap: 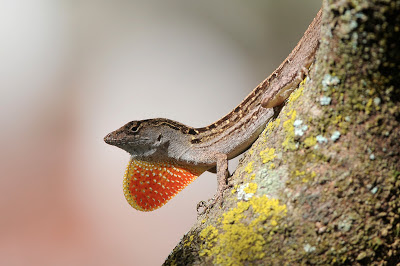 Before I knew it, days were passing and I had to start venturing north again, this time to the Brunswick, Georgia area.   But remember how I was trying to find SHORT-TAILED HAWKS?  Right, as I was driving north, leaving Florida, luck caught up with me and I had two directly over my car.  Cutting it close but I didn't mind.

Once in Georgia, it was clear that BOAT-TAILED GRACKLES really were going to be one of the most abundant species around: 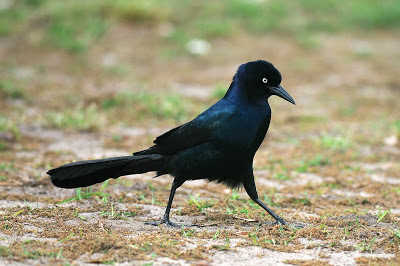 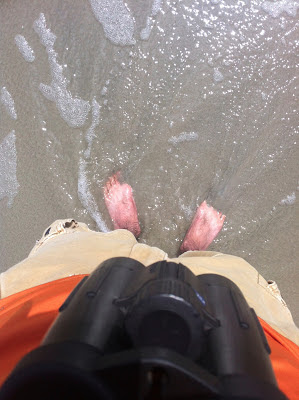