We spent a little bit of time around Portal in extreme southeast Arizona and some of the surrounding higher-elevation areas.  For example, a  pit stop at the Research Station near Cave Creek provided the usual tame SAY'S PHOEBES: 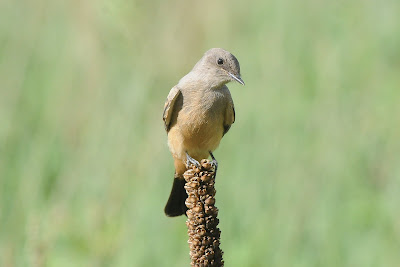 The research station also proved the easiest place to see BLUE-THROATED HUMMINGBIRDS for us this trip.  Here is a rare angle that actually shows the throat: 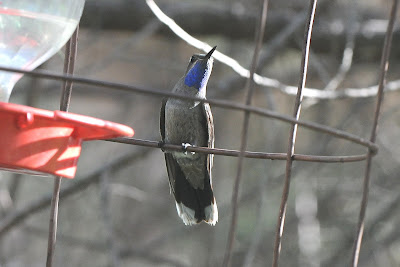 Higher up in the mountains, we found some mixed flocks which included some migrant HERMIT WARBLERS: 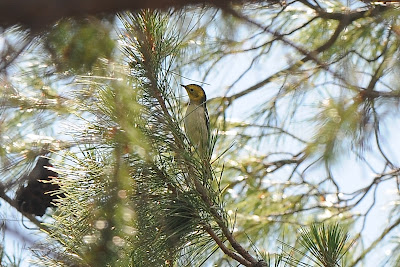 A target of ours was the plain and drab JUNIPER TITMOUSE.  We caught up to one in Paradise at the George Walker house: 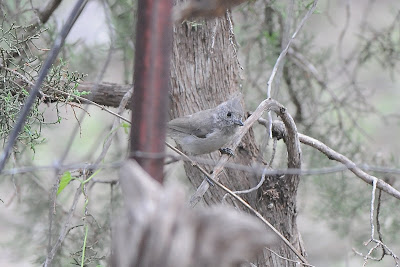 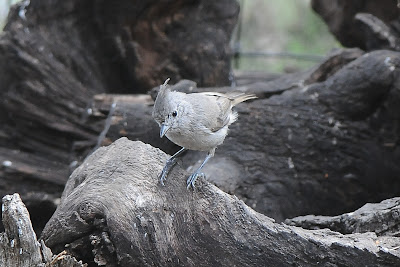 Fast-forward a tiny bit.  We decided to venture a couple of hours north for a chance at AMERICAN THREE-TOED WOODPECKER, a long-time nemesis of mine.  I had only seen one before and that was many years ago now.  We looked for several hours and finally, thankfully, stirred up a single bird.  We got poor looks but we got to hear it call AND drum which was pretty reaming.  This is the only photo I got of the bird; probably not identifiable.  Oh well: 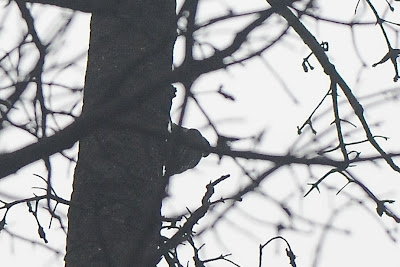 Any guesses what this drab bird is? It is a GRAY VIREO, another target of ours.  Thanks to the tip from Melody K., we found a couple of singing birds at a campground east of Phoenix.

Our last birding destination in Arizona, as fate would have it, was a reliable spot for Le Conte's Thrasher; the intersection of Baseline Road and Salome Hwy near Buckeye.  We DID stir up a couple of LE CONTE'S THRASHERS which was a personal target of mine.  Sadly, I didn't manage any photos of it but I was rewarded nearby with the best look I've ever had of a BENDIRE'S THRASHER: 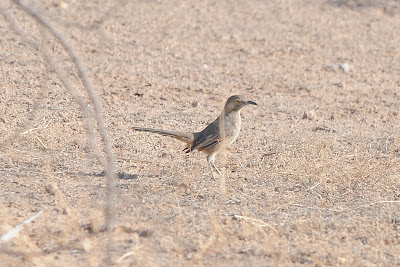 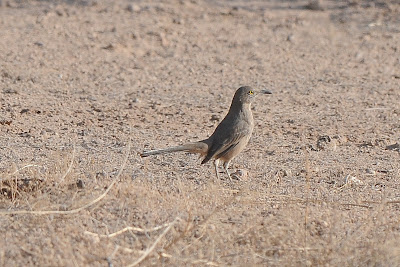 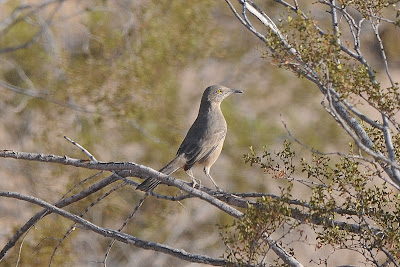