Well ok, so maybe this post isn't full of photographs of rare/uncommon birds. Instead I'm going to focus on WHITE-CROWNED SPARROWS.
Yes, I was waiting and waiting to find this species in my yard but it just wasn't happening. Now, I'll admit that it actually took me a bit of effort to actually find WCSP's in Iowa! Shameful, I know (they just aren't as common here as other places I've lived). However, we finally got lucky the other day and ONE showed up in our yard amidst 20+ White-throated Sparrows. Here is a very poor photo of it (it was dusk already, had to crank the ISO up to 1600): 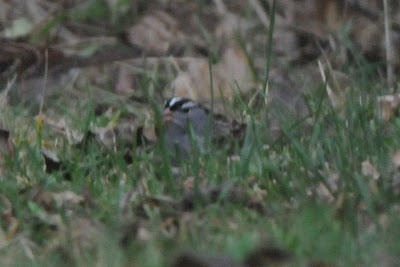 Then I was thinking... "Hmm, I really like WCSP's." Here's one from Whitefish Point, Michigan: 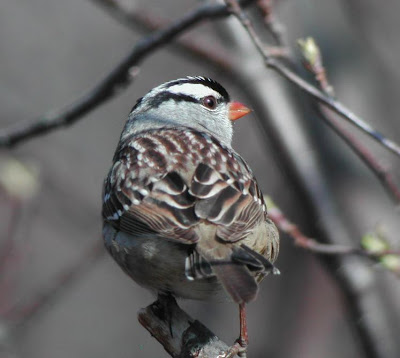 Lastly, anyone care to guess the latitude that this WCSP was at? 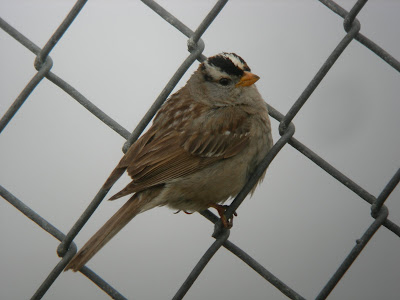 Yep, good ol' 71 degrees North. The few White-crowned Sparrows that show up regularly in Barrow, Alaska must represent some of the most northerly records of this species?
Posted by Cory J. Gregory at 10/22/2009 10:50:00 PM