Today Ashley and I decided to head east to find some White-winged Crossbills in the Cedar Rapids area.  They were relatively easy to find at Squaw Creek Park, just east of Cedar Rapids.  Initially we checked the spruces up behind the Red Cedar Lodge but didn't find anything.  We received a tip from some other birders that the crossbills were just to the west of the lodge maybe 1/4 mile (just downhill from the trailhead).  There, we found a pretty decently sized flock, probably about 40 birds in all.
Below is a male White-winged Crossbill. 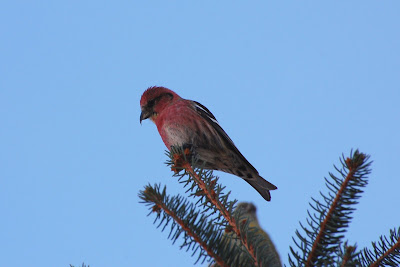 As we were leaving Red Cedar Lodge, Ashley spotted this Northern Shrike (with prey). 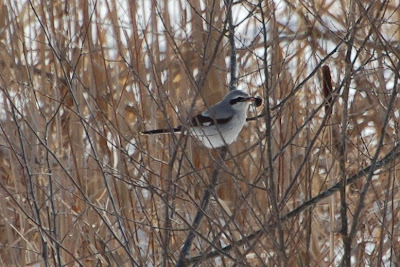 On the way back to Ames, we decided to drive some dirt roads north and west of Nevada.  We ended up with several Rough-legged Hawks, Horned Lark flocks, and even a small flock of 7 Snow Buntings.  No Gray Partridge.
We swung by City Hall in downtown Ames to have a look at their resident Long-eared Owl.  Being present here on a daily basis for over a month, I can't think of a more reliable and easy-to-see Long-eared Owl.  Anyone out there have an easier spot?! 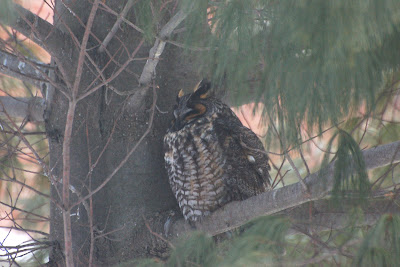