We were driving west through Nebraska on our way to California when I remembered "You know, I don't have Buff-breasted Sandpiper yet this year... wouldn't that be a silly miss??".
So while we were in Kearney, I searched "sod farm" on my iPhone and the resulting map showed a very close spot called "Gangwish Turf Farm".  I checked it first thing the next morning hoping I would get lucky and find a BBSA.  Surprise surprise, we actually did.  Here are the two birds: 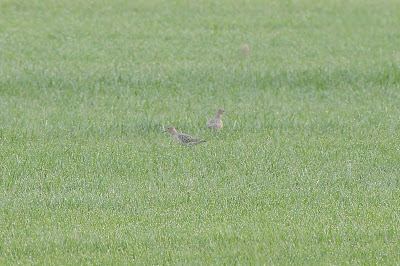 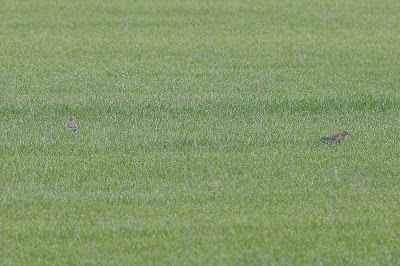 You can view the sod farm from either Landon Street or from a warehouse parking lot up off 6th Street.  I highlighted the Gangwish Turf location here:
View BBSA in a larger map
Posted by Cory J. Gregory at 9/24/2011 12:27:00 AM

I am way behind with updating this blog so this post will summarize some bird sightings after we left Arizona back in August and headed west.
Driving into California from Arizona, we were interested in stop at the Salton Sea for YELLOW-FOOTED GULL.  As you can see below, finding gulls was NOT a problem.  We found at least a hundred YFGUs in addition to many California Gulls, etc: 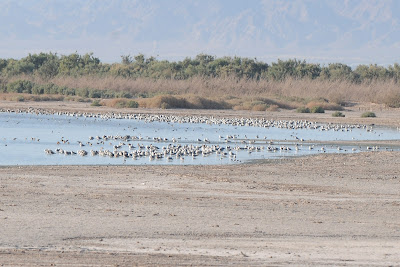 The Salton Sea had a lot of shorebirds but we didn't stick around to pick through very many of them.  Here is a picture showing a couple of different species with some BROWN PELICANS in the background: 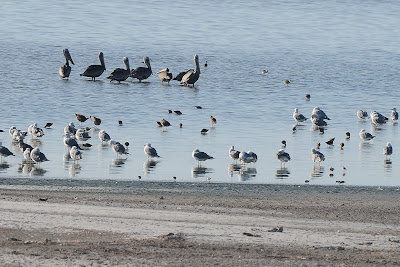 We later ended up at the San Elijo Lagoon just north of San Diego.  This has been a favorite spot of mine for finding CALIFORNIA GNATCATCHERS among other things.  It provided that species again along with the very common CALIFORNIA TOWHEE: 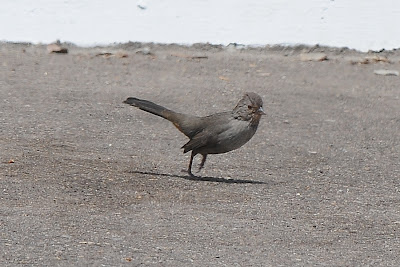 We also had a NUTTAL'S WOODPECKER at the San Elijo Lagoon: 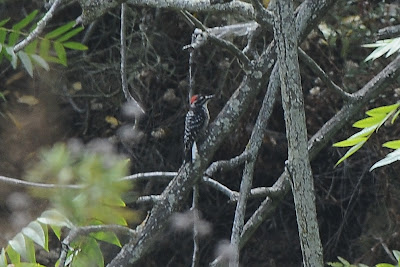 To the north in Davis, we stopped by for the recently spotted COMMON RINGED PLOVER.  It obliged willingly: 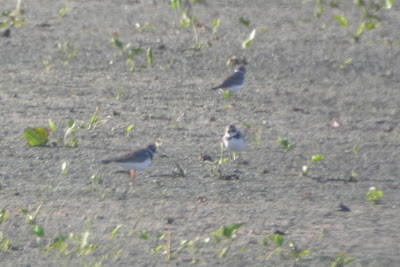 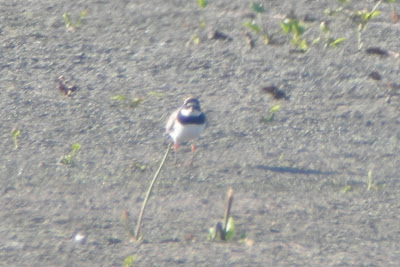 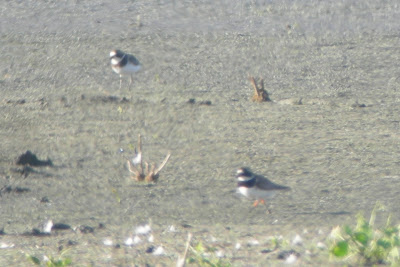 We caught word of a RUFF near Eugene so we stopped by and managed to stir it up: 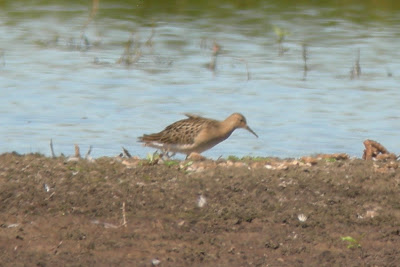 We also stopped by in Westport and found a few things near the jetty including this WANDERING TATTLER: 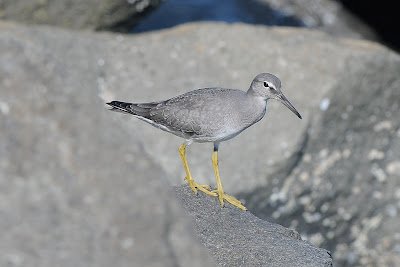 We eventually reached one of my favorite spots in the lower 48 states, Cape Flattery at the northwest corner of Washington State.  Here we had a couple of HARLEQUIN DUCKS: 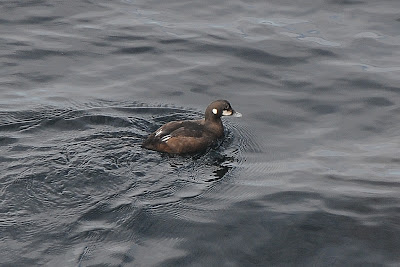 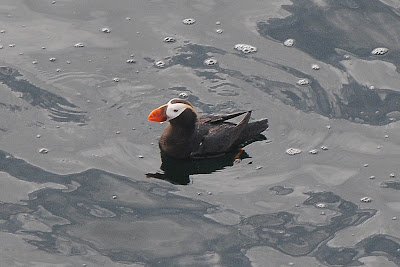 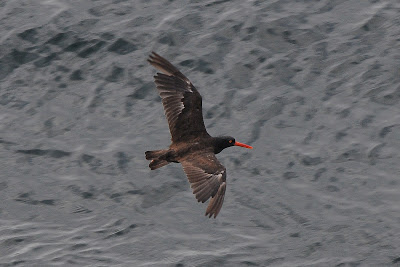 ... and of course some BLACK SWIFTS as well: 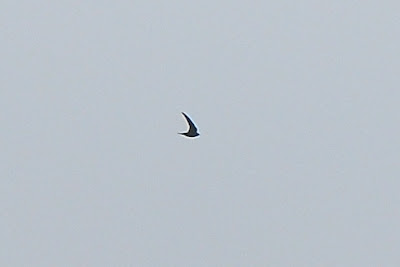 We spun by Mount Rainier and found this SOOTY GROUSE on one of the mountain roads nearby: 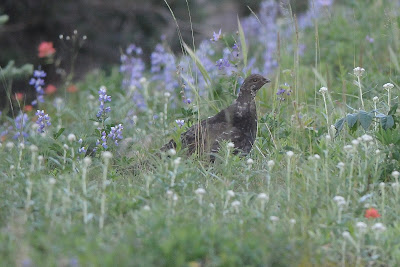 And hey, who can complain with a tree full of EVENING GROSBEAKS: 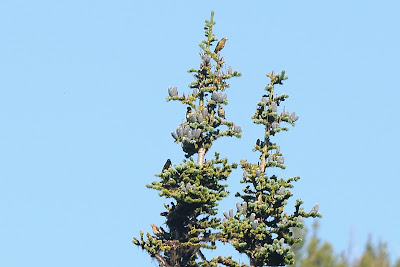 Back near Sacramento, we stopped by a local park and this CANADA GOOSE kept a close eye on me. I returned the favor: 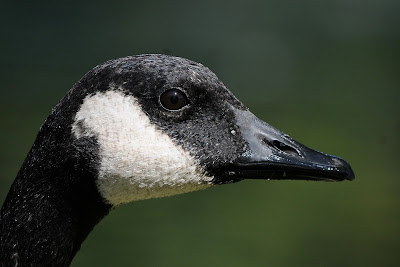 Back in Missouri I was happy to see some warblers again like this GOLDEN-WINGED WARBLER: 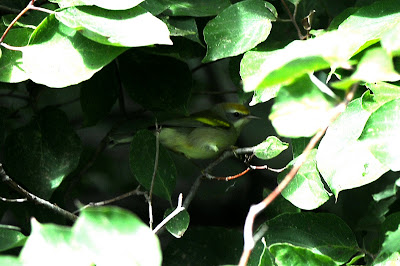 Of course, one of the common warblers that morning were the many MAGNOLIA WARBLERS: 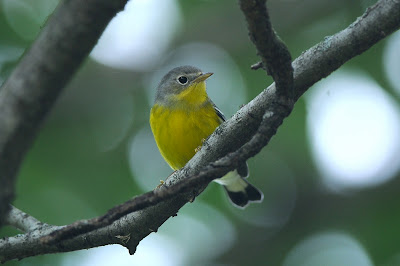 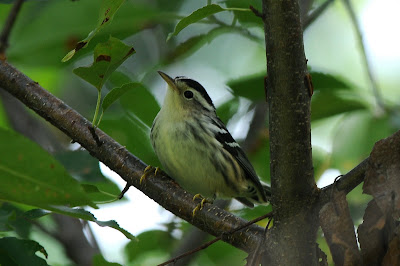 Last but not least, many CHESTNUT-SIDED WARBLERS were around as well: 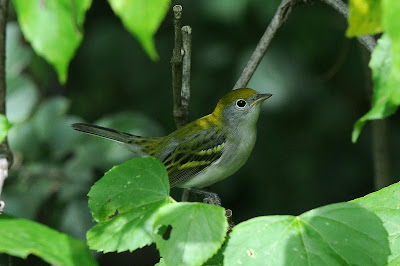